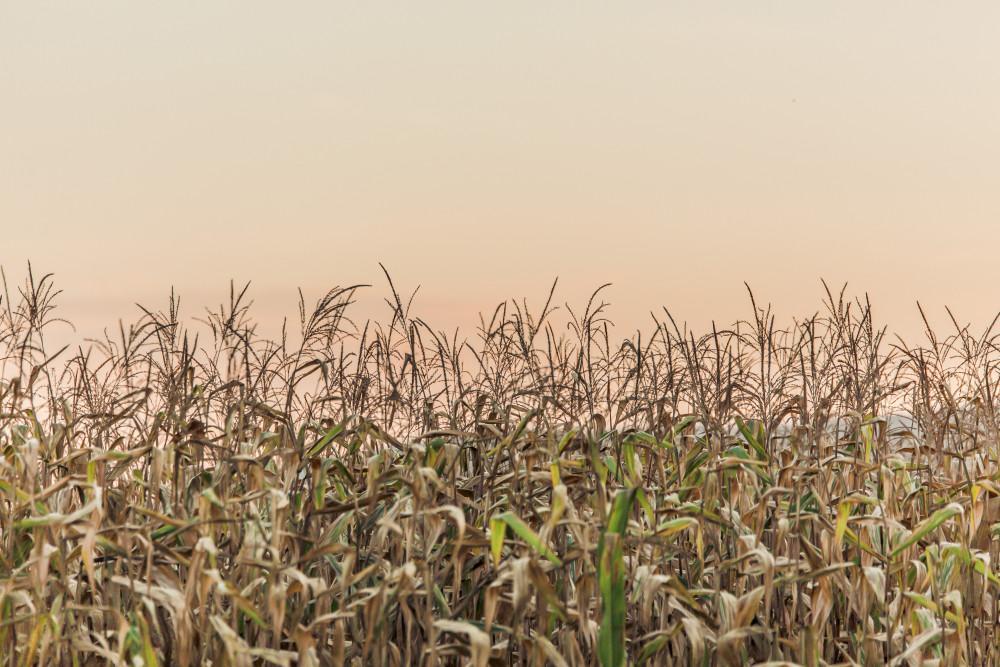 Round up was introduced in 1974 as an herbicide for weed control. Its main ingredient is Glyphosate, which works by inhibiting an enzyme in the plant that is needed to survive. Glyphosate is also a broad spectrum antibiotic and a mineral chelator, which kills bacteria in the soil ( and these microbial organisms are important for healthy soil and plants) as well as binding important minerals like iron, manganese, zinc and boron , thus preventing them from being absorbed by the plants. This is part of the reason our soil has declining nutrient composition in the last 50 years. We are not eating the food our grandparents were eating!

Glyphosate is typically used on genetically modified organism (GMO) crops (round-up ready seeds) such as soy, corn, cotton, canola, sugar beets, and wheat, as well as on non-GMO crops like oats, legumes and peanuts. GMO's are plants that have been altered in order to resist Round-up. This allows farmers to spray their fields with this and other toxic chemicals to prevent weeds from growing.

Round-up has become the most widely used herbicide on the planet. Globally, glyphosate has risen 15 fold since 1996 when GMO’s were introduced to the market. The latest use of this chemical ,that takes it beyond its main purpose, is as a dessicant, or drying agent, where it is sprayed directly on the GMO and conventionally grown crops like wheat and oats and corn ,during harvest, to speed up the drying and preservation of the crops. Trace elements of the glyphosate is left on the crops and enters the food chain. That is why glyphosate has been detected in our kids breakfast cereal, our bread products and more. It has been detected in 90% of soybeans tested.

Round-up is used in home gardens, schools and parks, unless the government reduces its use. It has been found in vaccines, where it is hypothesized to make them more irritating to the immune system because glyphosate interferes with Phase 2 detoxification in the liver, so the body can’t clear them efficiently. The chemical residue of Round-up ends up in our personal care products and clothing as well.

In 2015, the World Health Organization listed Glyphosate as a probable carcinogen. The connection between Non-Hodgkins lymphoma and Glyphosate exposure was identified and presented in several case-controlled studies. Other research demonstrated a link between Glyphosate and carcinomas in animals*. There has also been a parallel rise in the incidence of autism in children to the increase in use of Glyphosate in our diet. Toxicology studies have found Glyphosate to negatively affect neural cells, causing oxidative damage. In 2017,an animal study showed that Glyphosate produced neurobehavioral changes, involving impairment of movement and locomotion, anxiety and memory loss.

The more Glyphosate was used, the more food intolerance increased in North America, especially gluten and dairy intolerance, yet these people can travel to Europe where Round-up is banned, and can eat the bread and cheese there without having any symptoms!

I mentioned earlier that Glyphosate is also a broad spectrum antibiotic. Its effect on the gut is to kill our friendly bacteria, leading to an overgrowth of pathogenic strains, and leaky gut. Researchers also suspect a huge link between the use of Glyphosate and the rise in antibiotic resistance in the gut flora as they shift to become resistant to Glyphosate. So even if we take probiotic supplements on a regular basis, the chronic consumption of Glyphosate in the Standard American Diet will eventually cause resistant strains to emerge and be harmful.

Glyphosate is theorized to cause interference in the body in several ways. In 2013, researchers argued that Glyphosate inhibits cytochrome P450 enzymes in the liver, thus enhancing the damaging effects of environmental toxins like heavy metals, xenobiotics, plastics and mold. Glyphosate has also been shown to displace the amino acid glycine, which is important for Phase 2 Liver detox and particularly glutathione production, and proper collagen formation, as well as dozens of other tissue processes in the body, including the brain neurochemicals. Glyphosate alters the protein conformation and structure, causing errors that lead to altered states of health. The same theory applies to why gluten and casein, the respective proteins in grains and dairy, that have become more allergenic lately. Glyphosate can displace ammonia molecule and binds itself to the lysine molecule on the byproduct of gluten and casein, resulting in foreign molecules which the body reacts to by flaring up the immune system*.

Conventional foods are sprayed with a multitude of chemicals, including Glyphosate, that get into our bodies and cause disease over time. Organic food is the way Mother Nature intended for us to eat.

Children are smaller than adults and are growing at a faster rate, so they have a higher metabolic rate and are much more sensitive to the damaging and cumulative effects of these chemicals in the food supply and the environment.

Transitioning to an organic diet is very necessary at this time. Look for products that are certified organic, non-GMO labelled, and don’t let the price stop you. You and your kids are investing in your health by buying higher-end foods. Shop at your local farmer’s markets, and ask your local grocery stores to supply more organic product choices. There are certain products that are now labelled non-GMO project verified, and Glyphosate-residue free. This is also important when you buy vitamins and supplements. The brand Mega Food and its sister brand Innate Response are ensuring that all their products are tested glyphosate residue free.

You can also get a list of the Dirty Dozen and Clean Fifteen from EWG.org to help with your shopping experience. 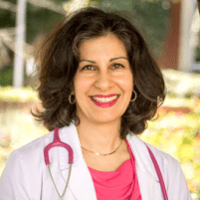 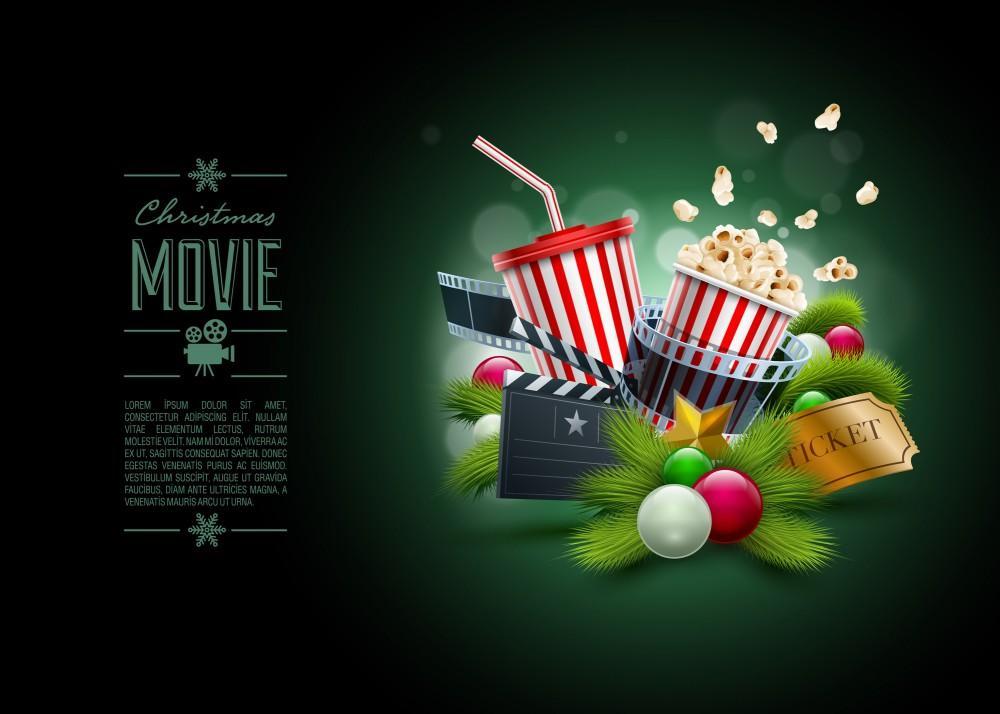 Holiday movies and TV specials can teach us how to live better and enjoy more happiness year round. These are some of the most important life lessons from a few old favorites and some other works that may be less well known. 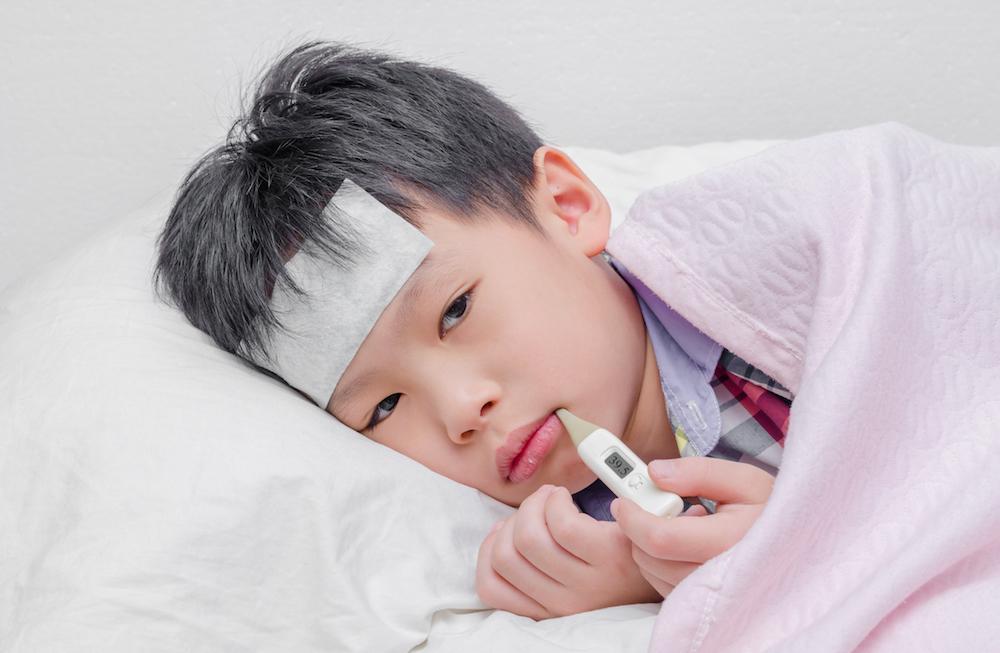 What Every Parent Should Know About Child and Infant Fevers

Does your baby have a fever? Learn how to soothe your child and when you should consult your doctor. 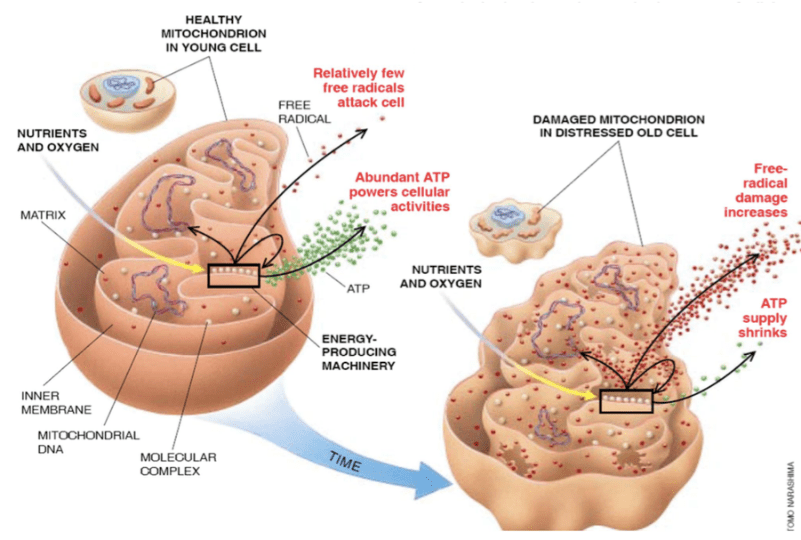 Fix your mitochondria, fix your brain

Understand why mitochondria control everything in your cells and nervous system, and what you can do to keep them healthy. 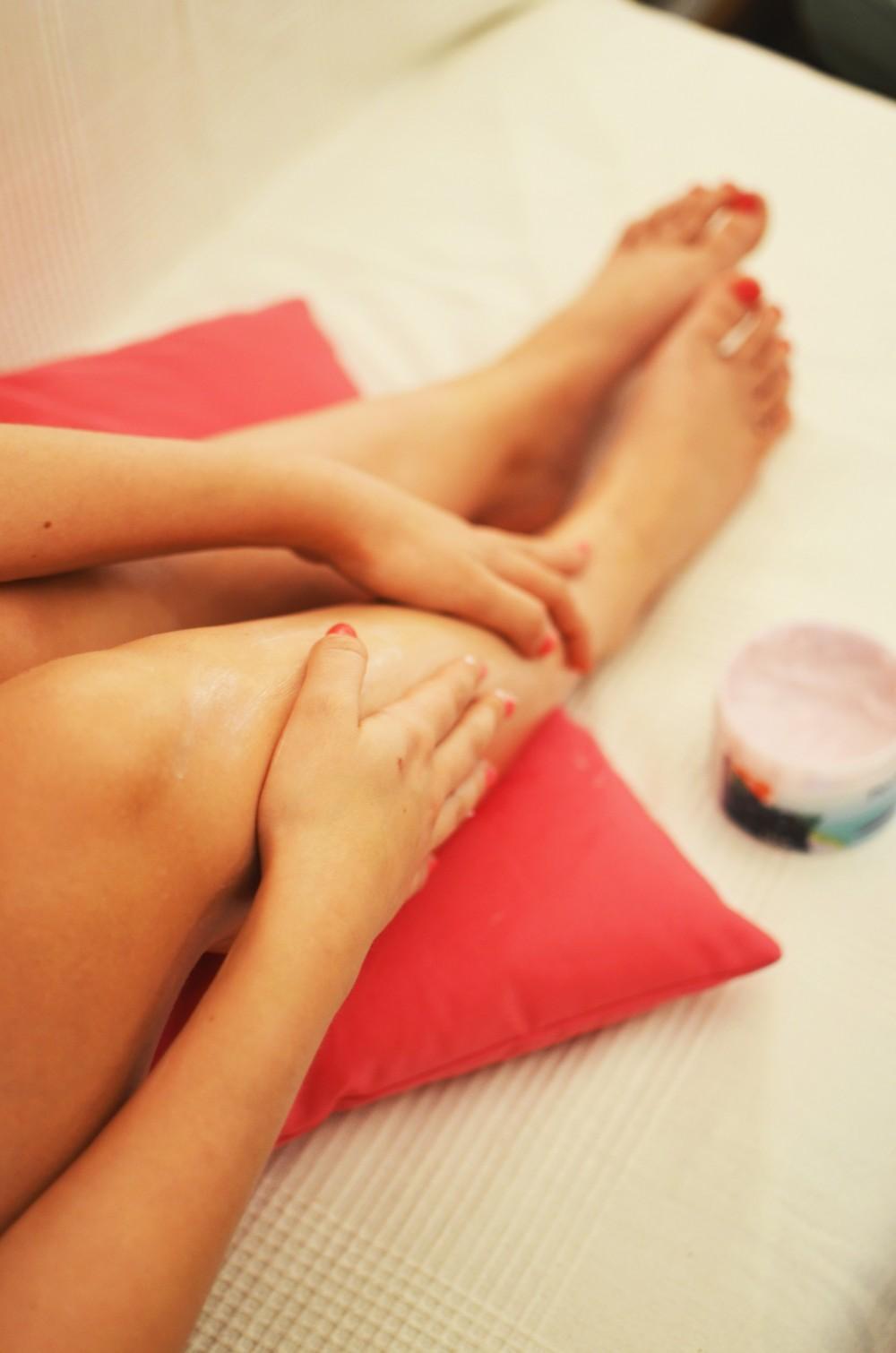 Why does my child skin feel so bumpy? Keratosis Pilaris and what to do about it !

Explaining the mystery behind "chicken skin" and what to do to fix it. 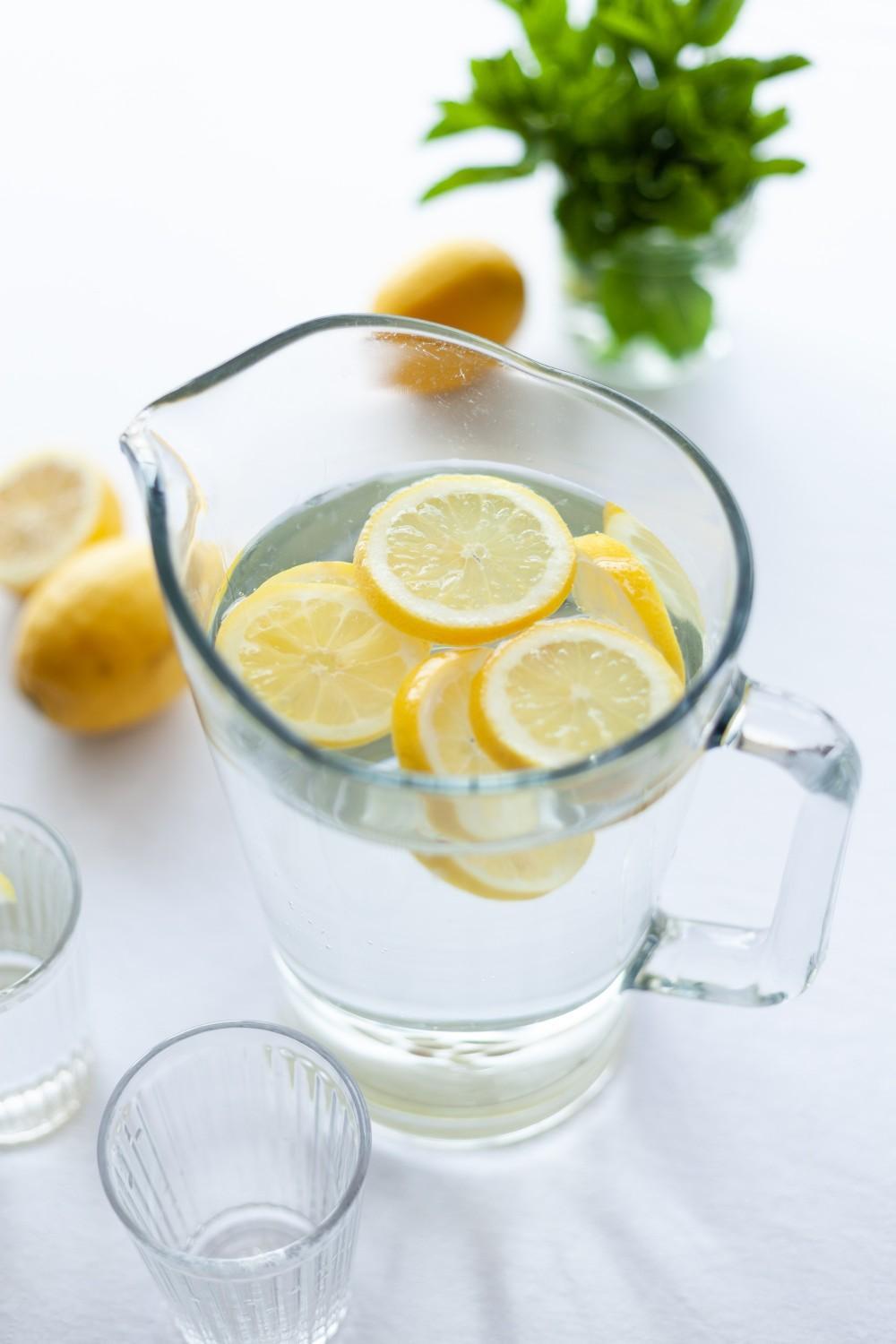 Simplifying the diet question: What should my child eat?

Often, when I see a child or teenager in my office, with a health concern, the question turns to what could be an environmental trigger for that condition...... 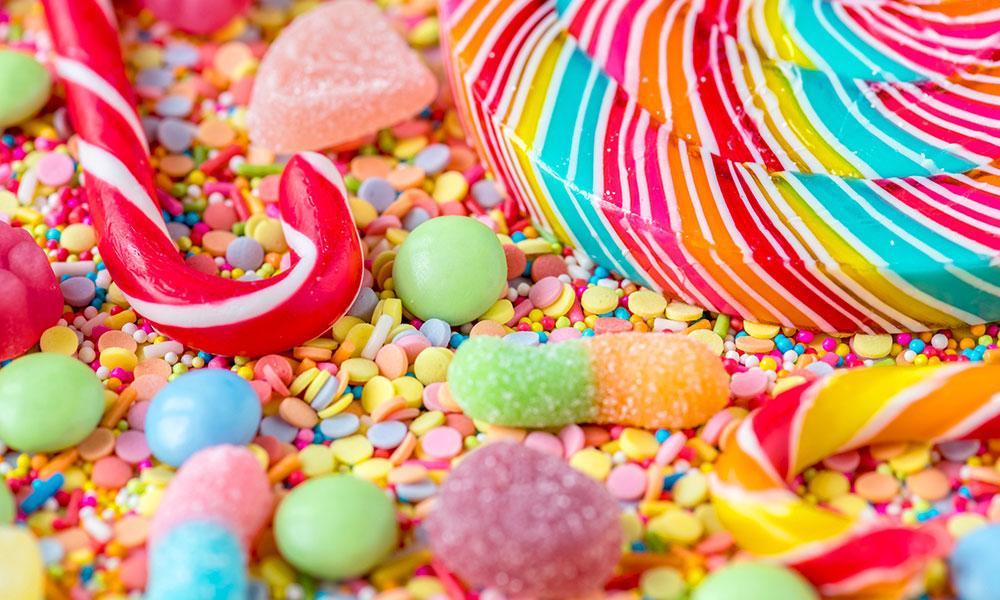 Moving toward an ADHD friendlier diet

And how to read the packaging labels